ELIZABETH ORJI-SMITH
These images are for a group I helped manage. People who were interested in the group's premise, in this case the mysterious Eclipse hotel with its creepy atmosphere, take part in a comic/animation tournament via entering their own characters into this setting and creating a story from there.

This is an NPC which I designed for this setting, people can incorporate this character into their story and a personality summary is provided for direction. 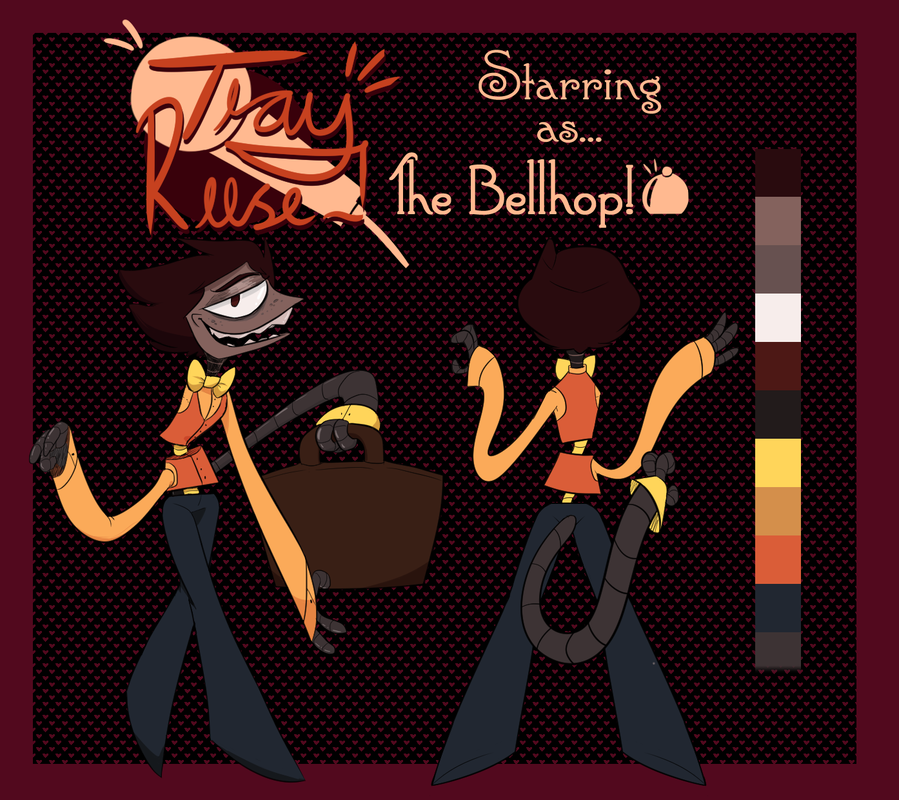 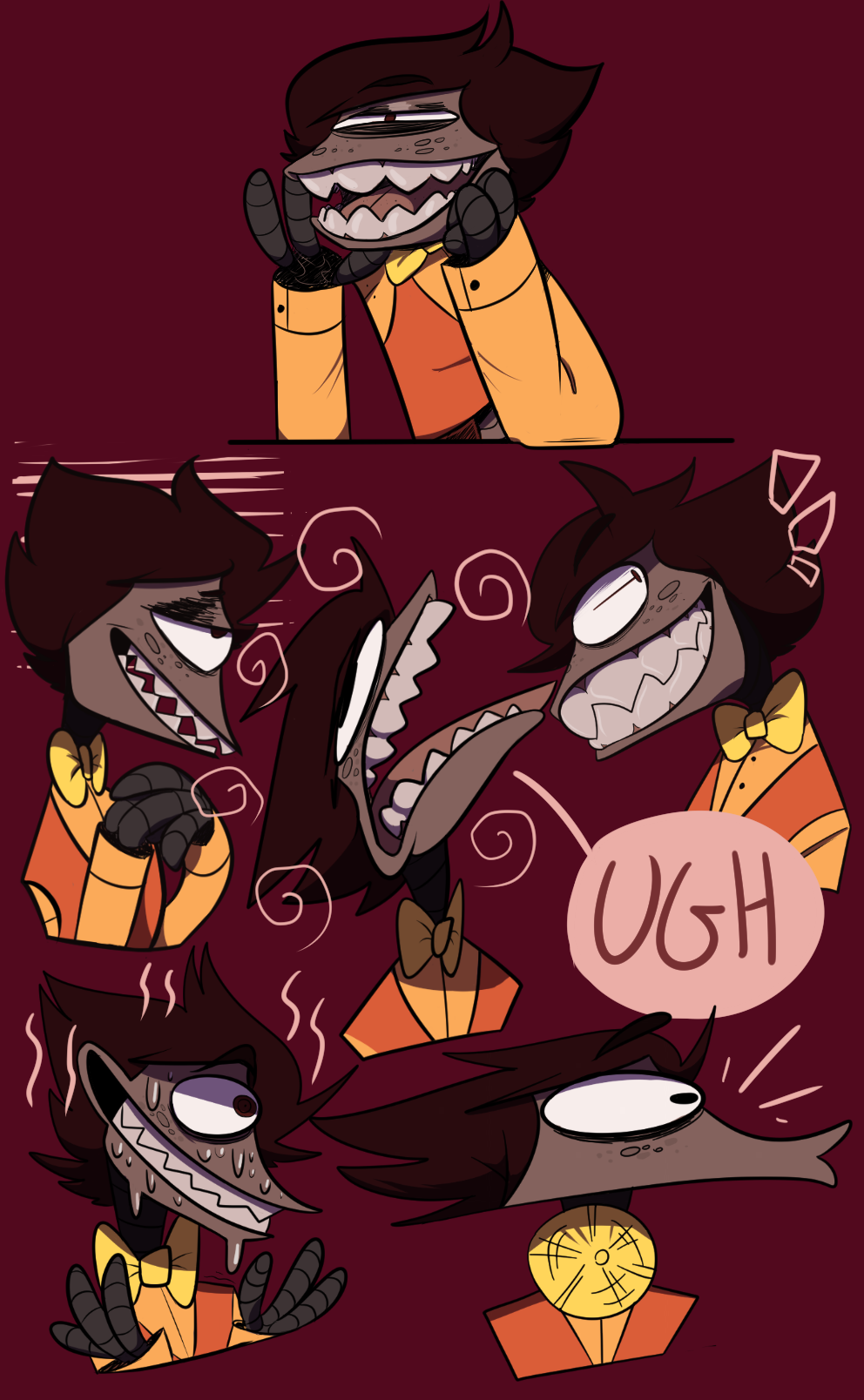 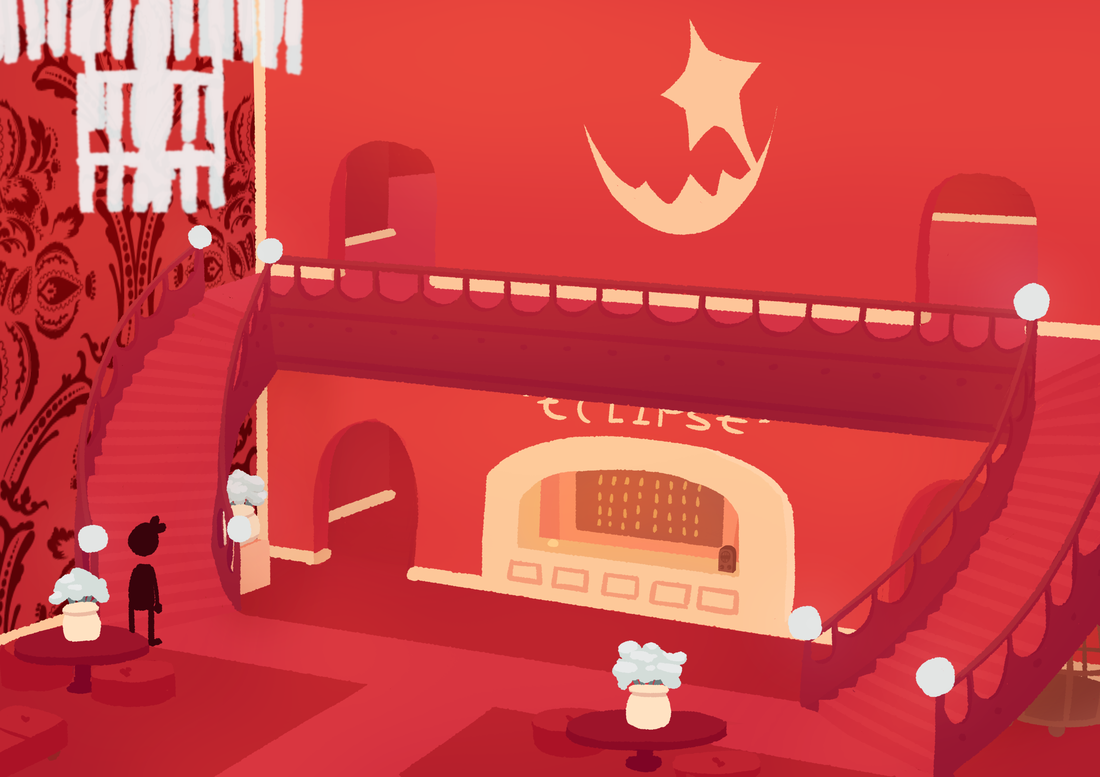 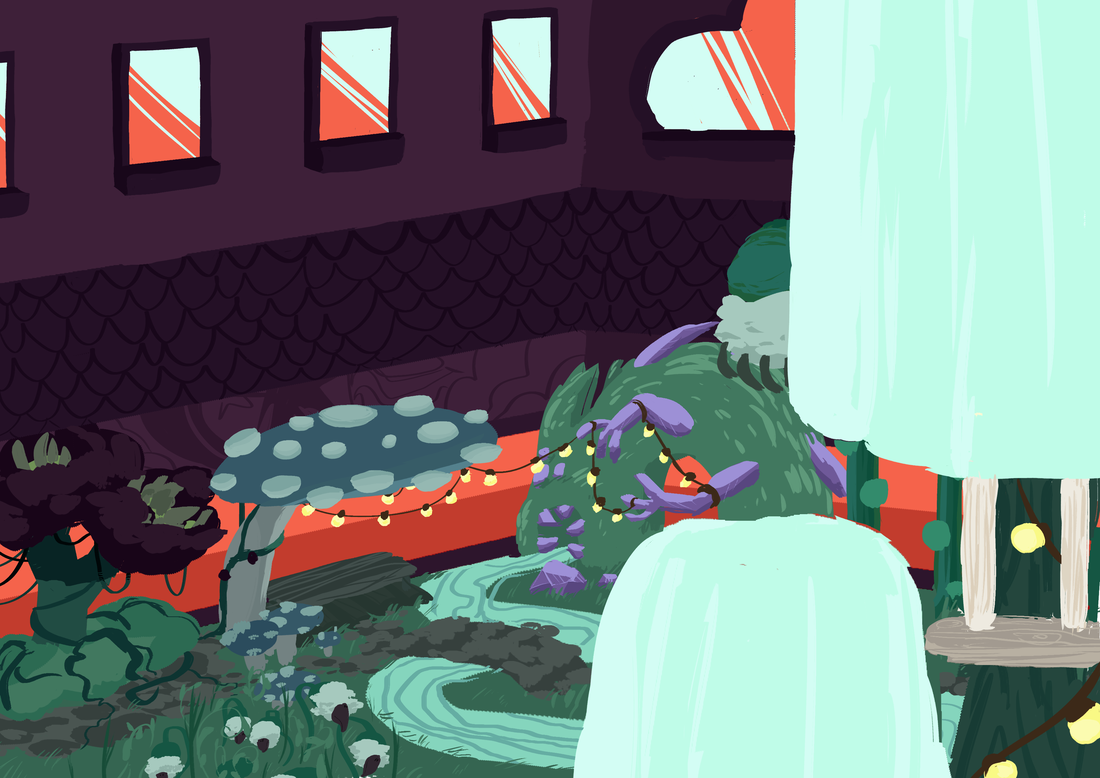 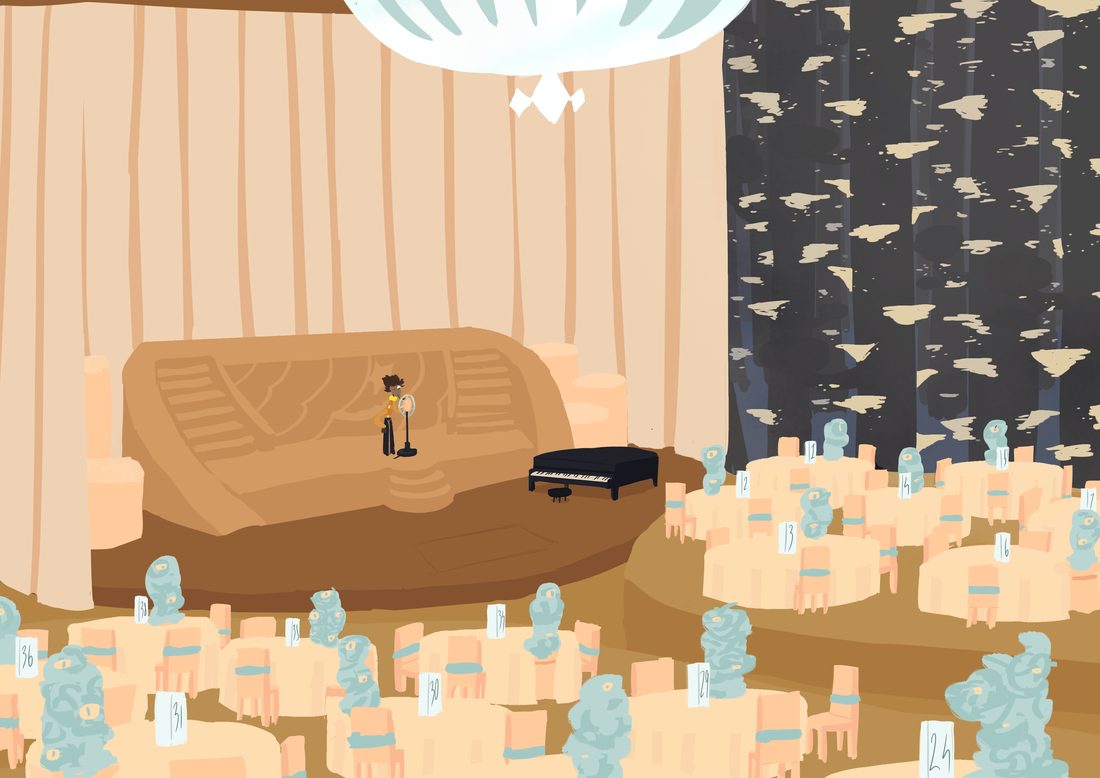 [Warning, flashing gif]
I provided some more visual inspiration and direction for a specific prompt. I was in charge of conveying how dire the npcs felt the situation was. I drew the npcs, wrote their worries, drew their alternate silhouettes and composited this gif.  The background and the npcs designs (asides from tray reese and shadow silhouettes) are not my own. 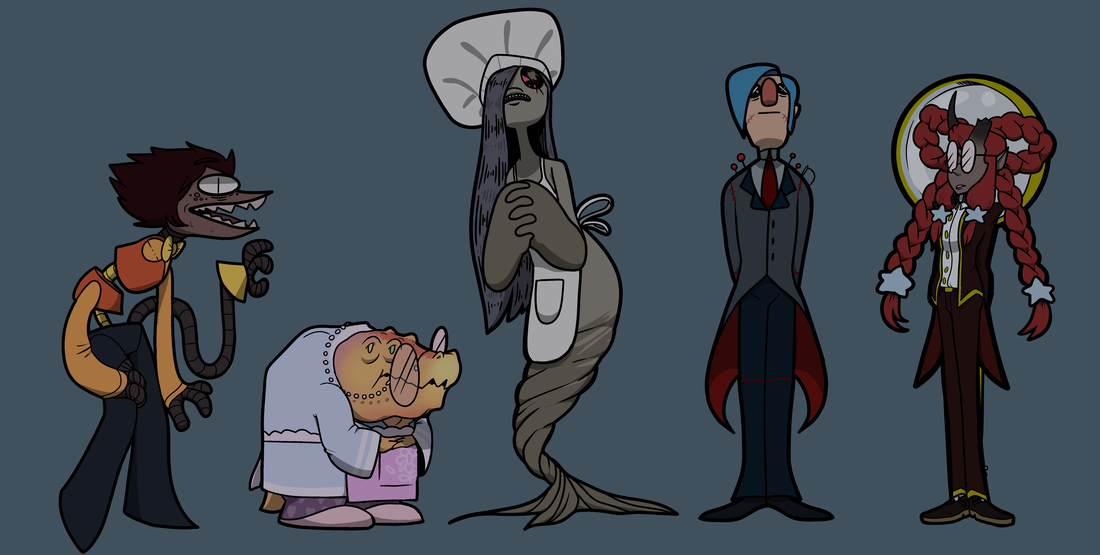